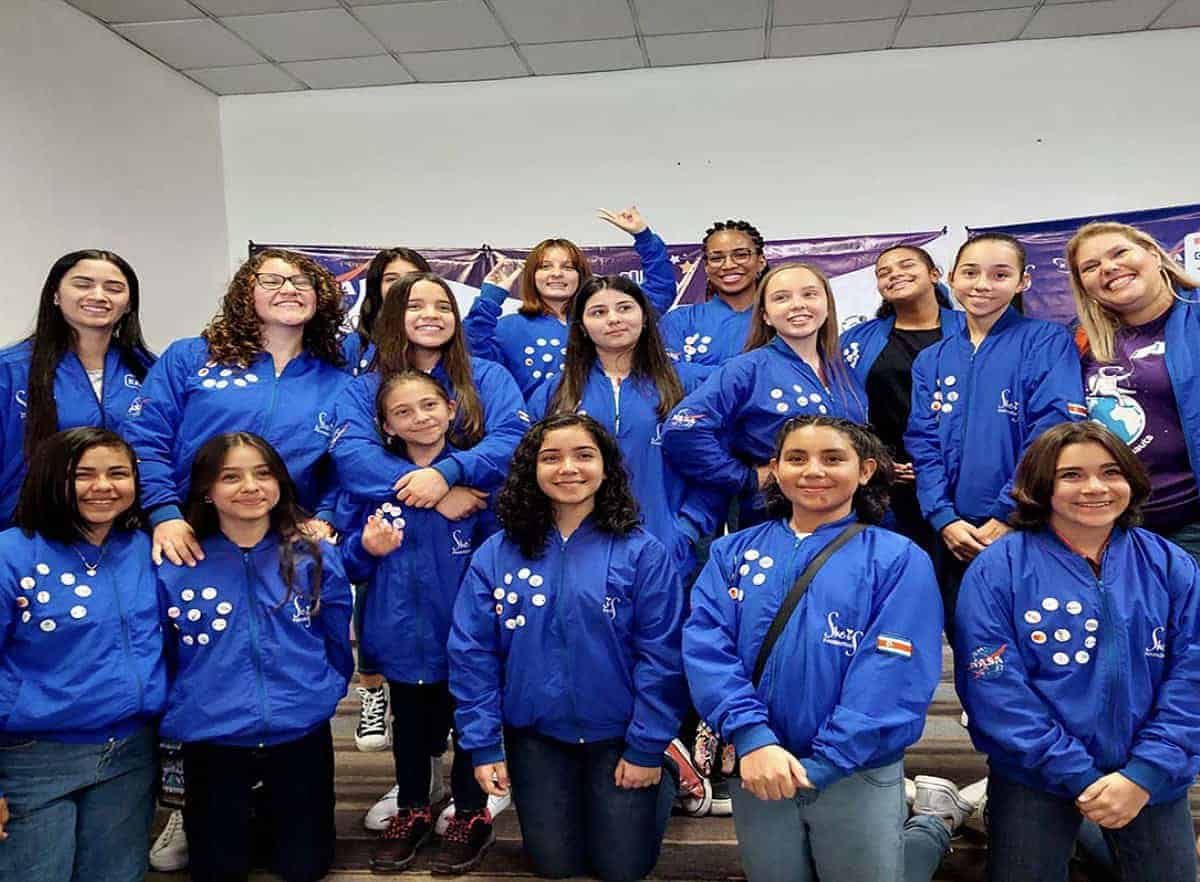 Sixteen Costa Rican girls traveled to NASA’s Space Center in Houston, United States, thanks to the ‘Ella Es Astronauta’ (She Is an Astronaut) program. The initiative aims to break gender stereotypes and raise the percentage of women in STEAM areas.

During the first phases of the program, the participants enrolled in virtual sessions, where they learned about emotional well-being, innovation, leadership and entrepreneurship in STEAM, the use of technology, and cyberbullying prevention. The goal was to prepare and inspire them to be leaders and change managers and empower them.

“This program is making history in Costa Rica, demonstrating how to transform realities with STEAM education. Today we have reached NASA and generated openness and opportunities; tomorrow, they will be the ones making history in areas where women are increasingly gaining recognition,” said Priscilla Solano, president of SHE IS for Costa Rica.

Costa Rican Sandra Cauffman, current Deputy Director of the Astrophysics Division in the Science Mission Directorate (SMD) at NASA Headquarters, is one of the great mentors who has inspired and promoted more girls to transform their realities. She is part of the team of facilitators of the program and has become a reference for successful women worldwide.

The immersion week at the Space Center, which runs from December 4-9, encompasses a series of activities and challenges. They will participate in the rocket building challenge, lunar habitat design, robotics space camp competition, and visit the Lone Star Flight aeronautics museum, among other activities.

“I am very excited to integrate the SHE IS ASTRONAUT program with NASA; when they told me I had been selected; I was thrilled. It is an opportunity to inspire and be a role model for so many girls in my country,” said Jimena Acuña Ulate, a program student.

On December 2, a press conference was held with the participants, She Is directors, Jannixia Villalobos Vindas, Vice Minister of Science, Technology, and Innovation – Micitt, and the managers of the organizations that support this initiative to say good-bye to this wonderful group.